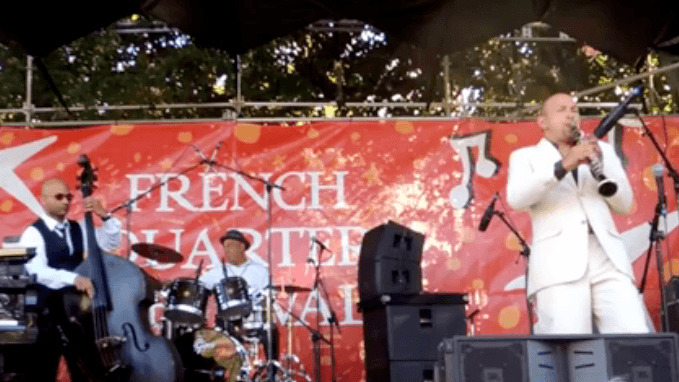 ​TKFor Clarinet Road, do you want to know the best thing about Carnival Season? ​It's that the New Orleans Festival Season is just a few weeks away, ​which means ​great local shows​. ​​We can't wait until French Quarter Fest and the Jazz & Heritage Festival​. ​Read on to see what we have scheduled so far.

​French Quarter Festival is ​the largest free music festival in the country​, and 2019 ​is its 36th year. ​Clarinet Road ​performs at the festival on Thursday the 11th. ​​​You can find us ​on the Jackson Square Stage, where I hosted NY piano virtuoso Ehud Asherie in 2017​. ​Our scheduled time is 12:30-2pm.

Thursday is euphemistically known as "locals" day, because it's generally the most relaxed day of the weekend. I tend to stay away during the weekend, but I have some evening shows planned for us.

For Saturday night, pianist Tom McDermott and I decided to add a duo show at his "Silky Satin Lounge." Our speakeasy-style house concert remembers Donna's Bar & Grill where for several years we had a Thursday residency. We will serve Clesi's jambalaya at 7pm and perform a full program at 7:30pm.

​​This year, my annual show at the venerable Snug Harbor ​takes place on Sunday night, April 14. It will be the usual drill in the city's best listening room with two shows at 8pm and 10pm. ​It's a great way to end the weekend ​with a tradition ​that​ began ​twelve years ​ago. ​​​

​Oh​! ​​Earlier that day, if you're near Preservation Hall, I​ will join the New Orleans Ragtime Orchestra there ​at noon​​.

​​This is another long-running tradition. ​Scores of musicians from all over the world ​make their pilgrimage to ​New Orleans in the spring. ​So, each year, as sort of a post-festival party, I organize​ an "International Jam Session" for them. ​On Monday, April 15​, ​our 11th jam starts around 7pm at the Little Gem Saloon​. ​​As usual, ​you can count on some musical surprises. 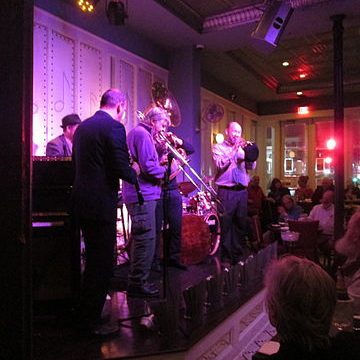 ​​Past "International Jam Sessions" have seen musicians from Japan, Sweden, France, U.K., Germany and Czech Republic on the same stage! The New Orleans A-Listers in my rhythm section are revered for their musicianship as well as their generosity.   ​

​This year marks the golden anniversary of this legendary event. It's no secret that many local musicians, myself included, have some ambivalence about the festival's unwieldy size. But, ​we also don't like to miss a good party. I will be at the festival a couple times this year.

On the first Saturday, I join Tom McDermott for a showcase on the Lagniappe Stage.​ This is arguably the most pleasant stage at the Fairgrounds racetrack, the site of the festival. ​Because it's in the paddock area, it's enclosed, which makes it ​more intimate and better acoustically.

​For second Saturday, ​come hear me with Rick Trolsen's Neslort. ​Rick is a gifted composer and I'm ​thrilled t​o help him present his newest music ​in the ​​WWOZ Jazz ​Tent. ​

​​A few years back, the Jazz & Heritage Foundation bought an old funeral home ​just outside the French Quarter. They mainly use it for community outreach but host several concert events each year. This year, I have been invited to present a New Orleans clarinet program with Gregory Agid​. He's a gifted young ​player whose style is very different than mine.

Our program is called, From Bechet to Batiste​. As you can guess, ​it celebrates the legacies of New Orleans clarinet ​traditional master Sidney Bechet and modern master Alvin Batiste.

​Traditionally, if I ​only worked between the two weekends of HeritageFest, I considered it ​sufficient. That's how crazy New Orleans ​becomes during the festival. If you are fortunate enough to be in town ​DURING the week, I will ​have some low-key, acoustic programs​ we can enjoy. Here's what is scheduled so far. Check back for updates to this "Riff" on the festivals.

​​​Little Gem Saloon hosts Clarinet Road for "GemFest 2019" on the Monday between HeritageFest weekends. ​This year, the date falls on the birth anniversary of Duke Ellington​​. So, let's celebrate!

​​​​Tom McDermott ​has the coolest "speakeasy" in Mid-City. 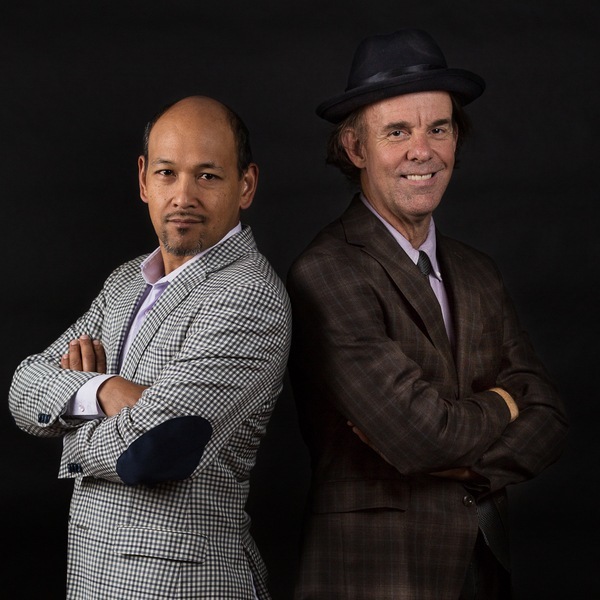 (Save the date for​ ​our Friday night pop-up. Outside the festival, this ​is our only show together.)

Before ​I wrap up, I just want to ​reiterate that shows ​WILL be added in this period. Not only that​, but ​​even if you are ​NOT in New Orleans, I may stream a couple of these events LIVE!

Sign up below for my monthly newsletter ​to receive links to the entire festival schedule and much more.