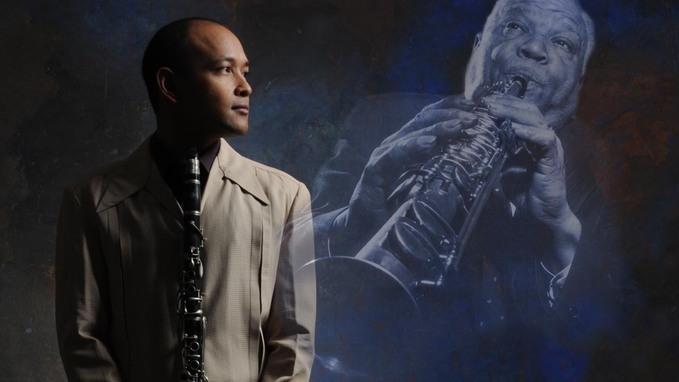 ​Over fifteen years as a member of Duke Ellington's band, and nearly fifteen with Louis Armstrong, Albany "Barney" Bigard, had one of the most enviable careers in early jazz. He grew up a block from the legendary "Perserverence Hall" in the Creole 7th Ward, in a neighborhood full of musicians.

His style is marked by florid chromatic runs, a shallow vibrato, and fluid technique in the clarinet's upper register.

​Edmond Hall was raised in a musical family in rural Reserve, Louisiana about an hour from New Orleans. ​But he moved to New Orleans as a teen to start his music career. During the Depression, he ​headed to NYC and success​fully freelanced with ​countless bands​ who stylistically straddled early jazz and swing. Employers of note included Teddy Wilson, Eddie Condon and Louis Armstrong.

H​e is often noted for coloring his quintessential New Orleans ​sound ​with a growl produced by humming while playing. But his driving lyricism is also a hallmark of his style.

​His NYT obituary described him as "radically traditional" and except for a "free" recording with Steve Lacy, it's difficult to find him doing anything that wasn't in a traditional setting. But, there's more to him than meets the ear.

His tone ​and his solo constructions were immaculate and sincere, but far from sterile. At the heart of his style, the influence of the New Orleans clarinetists is far more evident than the swing clarinetists to whom he is often compared.

​Jelly-Roll Morton's favorite clarinetist had ​wonderful imagination and brilliant technique. Born in New Orleans, his life in music didn't really start until his family moved to Chicago in 1914. It was there that he studied with the famed Creole clarinet pedagogue Lorenzo Tio Jr.

Simeon's approach is ​emblematic of how the New Orleans style of clarinet matured, if one compares his work in the 1920s to later efforts in the mid-1940s.

​The New Orleans Revival style was marked by players like Burbank who had careers in New Orleans, who didn't leave the city in the 20s.

​​In spite of a loose​​r approach to intonation​ and rhythm, ​Burbank's use of dynamics to shape notes is emotionally riveting.

​Antonio "Tony Scott" Sciacca loved ethnic styles of clarinet including the New Orleans style. His long career in jazz had a restless, meandering trajectory toward freedom but was anchored by a deep respect for African-American culture.

The irony ​is that his searching sound ​bore a closer resemblance to the New Orleans ​style the further he departed from ​aligning to any specific school of playing.