Want to Get Started?

Let's learn some tunes and get deeper into the tradition!

The New Orleans trumpet man lifts his horn to his face. He casually sounds a short call and scans the bandstand. Only the drummer responds with a nod and shifts in his seat. Then, looking straight ahead, the trumpet player inhales, his right heel meets the floor twice, and the musicians, who a moment ago seemed like they weren't paying attention, begin to play. But Whoa! What was THAT? Your head turns immediately towards the clarinetist who makes his own startling melody that seems to come from the sky!

The trumpet player's stomp and first string of notes was immediately joined by the snare drum, like a call to battle. And that first punch of the bass drum made the hearts of each and every person in the room align to its beat. But WOW! That clarinet??

Ah! he’s answering the trumpet, you notice after a moment. And for the rest of the song, you marvel at the way his melodic lines dance around the brass. They seem to fly off the trumpet’s phrases like sparks thrown from anvil strikes. The energy is like a tennis-player returning a serve. Do you remember that first moment hearing New Orleans clarinet in a traditional-style band? Were you hooked by the fusion of brass and woodwind urged on by that buoyant, driving beat? Well, I certainly was. So much so, I wanted to BE that clarinetist. I developed a passion for the New Orleans sound, and a burning need to know how to do it. So began my obsession with answering these questions...

So, now, let me share with you some things I've learned…

The New Orleans Clarinet Sound Is a Voice

Here’s the first key to understanding the style. You have to think of the New Orleans clarinet sound as a voice.

Around the turn of the 20th Century, a new approach to the popular music of New Orleans began to form. Instead of relying on what was written, it emphasized personal interpretation. Sometimes, it didn’t use written music at all. Musicians shaped notes more freely and embellished their melodies to suit the moment and their personalities. The clarinetists who deviated from a classical model created their own style by playing more like singers.

But can’t the same be said about most ethnic clarinet styles? Greek, Turkish, Balkan, Klezmer, and French-West-Indian clarinetists, for example, all try to emulate the human voice. In doing so, all these traditions, including New Orleans clarinet, use the four registers of the clarinet to great expressive effect.

There's the husky buzz of the deep, woody chalumeau register and the warm, haunting throat tones. The clarion register wails in contrast to the strident altissimo. But, in order to understand what makes the New Orleans style unique, we need to walk in the footsteps of the early clarinetists. We need to explore the “voices” that inspired them, their careers, and their work conditions.

Two vocal styles, one urbane the other vernacular, were very important in New Orleans. The popularity of opera and the ubiquity of the blues directly influenced instrumental musicians. Naturally, this included the great clarinetists.

The best stylists, to varying degrees, adapted the vibrato and dynamic tendencies of blues and opera. The two styles also influenced their phrasing and melodic interpretation. Sidney Bechet, for instance, was a master clarinetist who loved opera and blues.

Listen to Bechet's masterpiece, Blue Horizon. In it, he begins with the low moans of a blues shouter, but ends belting like an opera diva.

Clarinetists enjoyed abundant work in New Orleans. On any given day, they might take a job with a brass band for a parade or funeral procession. And in the evening, they might take work in the dance halls or saloons. Some jobs were duos or trios, while others were with larger bands for dancing. And, according to musicians interviewed, some parades, dances or parties could last several hours.

Furthermore, “society” music demanded one way of playing, while the rougher music required an entirely different approach. So, players not only needed a wide dynamic range and stamina, but also flexibility.

Have you been to New Orleans? It's pretty hot and humid, which can really affect your equipment. Clarinet reeds feel softer, and the warm air can also impact your pitch.

To accommodate these varied settings in a sub-tropical climate, the clarinet style quickly evolved. Remember, there was no air-conditioning back in the day. So, to facilitate manipulation of sound and intonation, many players favored mouthpieces with wider tip openings. Soft reeds are easier to play, but they need to vibrate freely. This is easier with a more open mouthpiece.

Applying less rigid lip pressure on softer reeds also makes them speak better, especially, if playing more loudly. A looser, modified embouchure as well as flexibility of the throat, tongue and face muscles were departures from the classical discipline. This way of producing sound prevented fatigue, and helped players be more versatile. But it also changed the sound.

The non-classical New Orleans paradigm had a less focused, more nasal timbre that became “less rich” than classical clarinet. Meaning, there are less overtones present in the sound. The tone is more hollow, and not as clear or ringing. It’s also thinner, though it still has a sweetness to it. Vibrato was not only used for expression, but also to mask intonation problems.

So, you see? The types of music that surrounded our heroes, their early gigs, even the city’s geography encouraged a new way to play the instrument. But, there’s still more to the story of the New Orleans clarinet tradition.

Think of a favorite ethnic food dish. Ever had it prepared by the people of that culture? Experienced them where they were created? And, if you tried to re-create the dish somewhere else, was it the same?

Food and music traditions are similar. Can anyone, anywhere play New Orleans clarinet? Of course they can. Though it's much easier if one understands the city's culture first. This includes the nuances that define New Orleans style and are intrinsic to the city and its people.

The second key to understanding the style is hearing the voice of the clarinet as an expression of identity. Here are some examples of how the city’s culture influences the New Orleans clarinet tradition.

In clarinet-playing, the term "voicing" describes how we shape the oral cavity. Some music scholars attribute different regional styles to that region's language. Specifically, they attribute sound preferences to vowel sounds formed by "voicing" and tongue position.

You can hear this clearly in Turkish music. And it’s also very easy to recognize in the Creole clarinet style of Martinique and Guadeloupe. Though it’s more subtle in New Orleans, you can hear it when New Orleans musicians speak and play.

But more important, I think, are the actual rhythms of speech. They are reflected in phrasing, embellishments and expressive rhythm. Consider how much the relaxed feel of New Orleans music resembles the conversation style.

Lastly, there’s the groove in New Orleans music. A steady tempo brings everyone together, and creates a shared, communal feeling. The responses of the clarinet to the trumpet rise and fall much like the congregation’s interactions in a church service.

This leads us to the role of the clarinet in New Orleans bands. The clarinet's job is to create responses that best complement the trumpet's melody. Ideally, these responses also connect the pivotal harmonies of the song's chords.

I spar with an array fabulous trumpet stylists. And with each of them, I choose specific strategies to complement their tone and their ideas. Their styles reflect where and how they grew up, which influences the way I respond to them.

Often, "collective improvisation" gets used often to describe this. But we're not really improvising together as much as we're orchestrating spontaneously.

Rhythm players, especially drummers, also base their style on the neighborhood culture in which they learned to play. Like all members of a New Orleans ensemble, we strive to execute our notes and ideas in time with their groove. So, our interactions with melody as well as rhythm are culture-bound.

Connection Between Music and Dance

Dance has been the lifeblood of New Orleans for 300 years. There was a transition in social dance around the turn of the 20th century. Consequently, the music changed too.

In their interviews, musicians rarely discussed in detail WHAT they did to please the dancing public. But they did describe HOW they were expected to perform in different situations. We usually credit drummers with lifting the energy, but the other instruments had a hand in this as well.

The swing of New Orleans music – or really any type of music – doesn't necessarily mean a "swing" style. It means the momentum musicians create together as well as the  relationships between the band and the audience. In New Orleans, those relationships are created in two key places: The church and the streets.

This is where New Orleans music comes alive. You just know when it sounds right, feels right, and has the right flavor. The feeling is powerful, and you immediately recognize that you’re listening to a New Orleans band.

So, Where Do We Start?

Sure, it's challenging to incorporate all these things I've mentioned. But learning to do it naturally and intuitively is part of the joy. Where to begin? Let’s revisit our ethnic food analogy.

Think of your favorite musicians or bands like chefs. Their songs and recordings are the signature dishes that transport you somewhere. You fall in love with these flavors, and you return to them over and over. They're nothing short of life-affirming.

Want to re-create a dish yourself? You don't just go to the kitchen, improvise, and see what happens. First, you get familiar with the ingredients, spices, and cooking techniques. Then, you build vocabulary and repertoire. Maybe you even make a pilgrimage to where the dish is made.

Once you start cooking, you let people who know the tradition have a taste. Then, they tell you what they think. They share family recipes, and stories and experiences. This is nothing less than the transmission of culture and how traditions continue.

The most special thing about the New Orleans style of clarinet playing? How it can connect you to the grand heritage of a magical city.

Ready To Be Part Of a Living Tradition?

Now it's YOUR turn to tell ME about your favorite "dishes" because I want us to get to know some of the great "chefs" together.

Really, all I'm doing is sharing the things I tried to do since I arrived in New Orleans over two decades ago. Or, should I say, "The things I'm STILL trying to do?" I've worked with musicians and bands of every background, age, and level of experience. And all the things I've talked about here, you can use to develop your craft.

In fact, I'm cooking up some resources that not only demonstrate aspects of the tradition, but also explain what’s happening in the music. 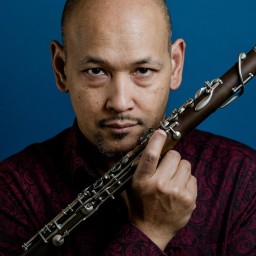