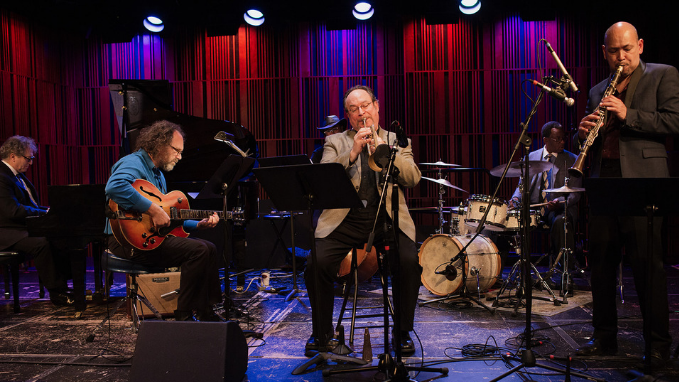 ​​A 2018 grant from Chamber Music America (CMA) supporting new works in jazz gave me a valuable opportunity with unique challenges. The main challenge? How does one portray New Orleans and convey New Orleans style in an original composition?

I should start with some background to how the grant came about. It’s important because the Faubourg Variations was not something I had imagined previously, not a bit.

The work evolved quite pragmatically from the conditions of the grant a​s well as the application process.

​​The Birth of ​the Faubourg Variations Supported by Chamber Music America

​Chamber Music America was created in the late 1970s by musicians advocating for small ensemble performance opportunities. Composition grants and residency opportunities were important, and in 2000,  they ​added jazz and jazz composition ​to their efforts thanks to funding by the Doris Duke Charitable Foundation.

​I didn’t know about this specific grant, it wasn’t on my radar. January 2018, I just happened to be in NYC to speak on a panel about New Orleans at the inaugural Jazz Congress hosted by Jazz at Lincoln Center. There, the grant administrator introduced herself to me and told me about the program. Mostly for an excuse to take inventory of my efforts to date, I applied, despite not having a regular working ensemble.

For my listening samples, I used clips of performances in New Orleans, gigs that were recorded in preparation for bringing a band to the 2017 Newport Jazz Festival. Pianist David Torkanowsky, drummer Shannon Powell and bassist Roland Guerin ​comprised my A-list rhythm section and the core of the ensemble. I added guitarist Brian Seeger and NYC-based trumpeter Jon-Erik Kellso to the application. 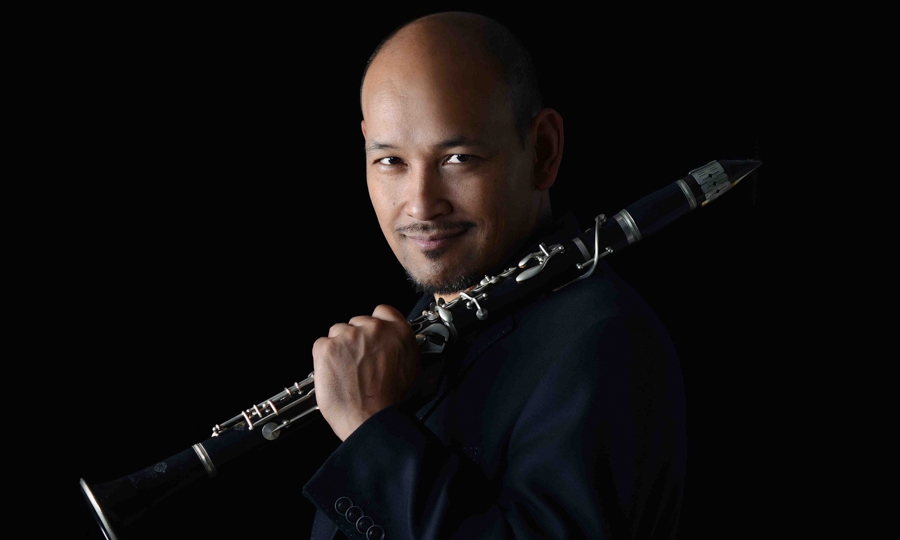 Add images or videos throughout your article to help explain what you're talking about. And always caption them! I usually also apply "Lifted Style 1" to the image and set the image margins to 0 px on top and 40 px on bottom. I also center the image, italicize the caption text and center the caption text. Make the image however big you think looks good. Finally, optimize the dimensions of your image and run it through the free Kraken.io image optimizer web tool before uploading it to your site.

​The reflection was illuminating. As I examined my career and my work, it became increasingly clear that I was neither a “Jazz” musician, nor a clarinetist. At most, I had become a clarinet-player in the New Orleans style, which was fine. Frankly, it had been my goal for some time.

​But just as I began to be satisfied with that, and even entertained notions that I was nearing the end of my career, CMA called to announce that I was among the recipients of the award in the 2018 cycle.

​Making the Work Fit the Grant

So, what was the grant exactly? Well, CMA gives you a stipend to help you devote time toward composing the piece. Then, once you premiere the work, you become eligible to extend the life of the piece by recording it or touring.

It was this prospect that encouraged me to create something that was long enough for a full-length audio recording. It also encouraged me to write as quickly as I could, so the piece could be recorded sooner than later.

​The grant supports a single work, but single works can have movements or different parts. I considered forms like dance suites or concertos, and settled on a “theme and variations.”  I also examined the work of the 300+ previous recipients just to see what others had done.

​In most cases, musicians had regular working groups. Probably 75% of the awards went to New York-based musicians, most of whom I was unfamiliar. Many projects were tailored for specific ensembles. Many were also quite abstract and took inspiration from visual art and literature.

I was surprised that only a handful took inspiration from dance, very few of the projects mentioned the blues, and hardly any made a connection to a specific musical culture. It became clear that I had an opportunity to do something different.

​I decided that my piece would directly reflect the soundscape of New Orleans, honor the c​ity's indigenous cultural traditions and showcase the ​style's unique musical vocabulary. I also wanted to intentionally make music to be performed by other musicians. Somehow, composing for myself seemed self-indulgent.

​I thought about the history of music in New Orleans. I considered how some songs remain in the traditional canon through generations as well as how they evolve. I began composing a spiritual, but as a genre, I don’t find that spirituals typically have enough melodic or harmonic interest to stand up to being re-worked.

So, I leaned more toward a hymn and then re-imagined ​it as a secular ​drinking anthem. I wanted to emphasize the duality of New Orleans music that almost always has one foot in the church and one foot in the street. ​All around you, daily life there blends the vernacular and the sacred.

Eli Yamin and Evan Christopher caught up inside one of Louie's Dreams again...

​The theme ended up having three phrases. The melodic contours of those three phrases ​tie things together. Rhythms and harmonies, however, ​​changed to ​create ​​gestures​ to suggest sub-genres of New Orleans musics, ​nod to our traditional expressions and even evoke the character of specific neighborhoods. This latter ​notion helped me title the work.

The Faubourg Variations is intentionally a play on J.S. Bach’s Goldberg Variations. But ​"Faubourg" meaning a suburb ​tries to make it clear that New Orleans is the topic. ...Besides, "New Orleans Suite" had already been taken by Duke Ellington.

H2: Some Writing Suggestions to Consider

​The ​Faubourg Variations was premiered on the afternoon of December 9, 2018 at the New Orleans Jazz Museum. In this historic building that used to be a U.S. Mint, the third floor performance space was a room where minted coins were washed.

The performance included all ensemble members named in the grant with the exception of Herlin Riley who replaced Shannon Powell who had schedule conflicts. I was blessed to have some of the best musicians in New Orleans.

​Below is the video recording of the concert by the Jazz Museum​, although almost all the pieces changed a bit by the time ​I recorded the work in May, 2019.

To be added soon are short descriptions of the theme and the eight variations.